The rocky saga of Littleton’s Aspen Grove shopping center, and a proposal to rezone it for housing, continues to reach new heights.

On Feb. 23, a Littleton resident who lives just …

After receiving approval from council in November, plans to rezone the Aspen Grove shopping center in southwest Littleton is headed to a city-wide vote.
File photo by David Gilbert
Posted Thursday, February 24, 2022 4:25 pm
READ OUR PAST REPORTING

The rocky saga of Littleton’s Aspen Grove shopping center, and a proposal to rezone it for housing, continues to reach new heights.

On Feb. 23, a Littleton resident who lives just north of the shopping center filed a lawsuit against the city for its proposal to hold a referendum election on Aspen Grove's rezoning on Nov. 8. The move comes a month after thousands of Littleton residents petitioned to revoke the city council’s decision to move ahead with a new mixed-use zoning ordinance that would have allowed the shopping center’s owner to build up to 2,000 new housing units.

It forced council members to punt the decision to a city-wide vote, which they said they would coordinate with Arapahoe County for the midterm elections on Nov. 8, rather than hosting a special election earlier.

But Linda Knufinke, a 23-year resident of the Wolhurst Landing neighborhood who helped lead the petition and who filed the lawsuit, said an election in November was too far away and claimed it violated state guidelines and the city’s own charter.

“The November ballot may be clogged with issues,” Knufinke said as a key reason for why she wants an election sooner. “We’ve heard from the people who signed the petition that they wanted a special election.”

A clash over state and city election guidelines

The petition that Knufinke and others signed calls for the rezoning to be referred to the "registered electors of the City of Littleton at a regular or special election," if the council does not rescind the ordiance itself, which it did not.

According to Knufinke’s lawsuit, which was filed in Arapahoe County District Court, the proposed Nov. 8 election date, which is a general election, is “more than 10 months (305 days) after the date the referendum petition was deemed sufficient by the City Clerk.” The lawsuit claims this is nearly double the time frame for when an election in response to a referendum should happen according to Colorado state statute.

According to C.R.S. 31-11-105, which was cited in Knufinke’s lawsuit, a regular or special election should be held no less than 60 days and no more than 150 days after a citizen’s petition is validated. The Littleton city clerk’s office approved the Aspen Grove petition on Jan. 7 with the city council deciding Feb. 1 to hold a Nov. 8 election.

Littleton’s city charter, however, exempts it from state guidelines for timelines on referendum elections, which it says “shall have no applicability to any city initiative or referenda,” allowing the city and its council to push an election beyond the 150-day maximum outlined in the state statute.

But Knufinke’s lawsuit claims that the city's charter is “silent on the time frame for a special election” with no “law that occupies the field.” Therefore, the lawsuit claims, the city must follow state guidelines, which the suit says the city is in violation of.

Littleton City Attorney Reid Betzing, during the Feb. 1 council meeting, refuted claims that the election needed to fall within the 60- to 150-day timeline, citing the city's charter, which would allow the council to hold an election as late as 2023 during the next municipal election.

"Our city code, and our city charter's language, which is essentially our city's constitution ... it's my legal opinion that council has the option to set this for November of 2023 or move that day up ... (to) Nov. 8," he said.

"That date has been recommended by staff for a number of reasons including but not limited to expense, time efficiency, increased voter turnout and the potential for additional ballot issues or questions to also be placed on that date," Betzing continued.

Suzanne M. Taheri, the attorney representing Knufinke, said by not having an explicit law in place of the Colorado statute, the city must follow state law.

“You can’t just opt-out of a law and put nothing in its place and say that law does not apply to me," Taheri said.

And even if the city had a law in writing, Taheri said Colorado's constitution protects citizens' right to easily petition and receive a timely election.

“Whatever changes you make, you cannot interfere with the constitutional right," she said. “The right of the people to vote on this in a timely way has been established time and time again."

Taheri added that she is "hoping to get an expedited hearing and have the city have the election in the time frame with which they’re required.”

Betzing told Colorado Community Media that he and Taheri "disagree to the interpretation" of the charter but feels that the city's legal stance will hold up.

Knufinke said she spoke with hundreds of the petition's 4,207 signees, 3,729 of which were found to be valid by the city, and that many residents want to see a much sooner election.

“The people should be taken seriously, what they wanted,” Knufinke said.

“A non-sheduled election would certainly lower voter turnout," he said.

The lawsuit and petition highlight the contention some residents feel over the mall’s high-density housing plans, which they believe could exacerbate traffic congestion and obstruct mountain views.

Under the proposal put forward by the mall’s owner, Gerrity Group, up to 2,000 new residences could be built on the 33-acre site, with the maximum height for at least one building being 85 feet. Gerrity assured residents in their plans that this would not disrupt mountain views.

Gerrity’s vision has had to weather months of community pushback, with a public hearing over the plans in October that spurred hours of speaking from residents for and against the proposal.

Along with traffic and views, many of those in opposition to the plans are concerned about how much commercial space could be eaten away by new housing. Gerrity said it has committed to preserving a minimum of 125,000 square feet for commercial use. While the shopping center is roughly 268,000 square feet, only an area of about 140,000 square feet is currently in permanent use, according to Gerrity.

With a heavy reliance on sales tax to fund many of the city’s vital operations, some residents along with a former council member who, at the time, voted against the proposal, feared this would jeopardize that revenue.

“Residential gets us nothing in terms of financial sustainability for our community,” then-Mayor Pro Tem Scott Melin said of the proposal before it was narrowly approved in a 4-3 vote Nov. 9.

Knufinke said while her efforts and those of thousands of other residents may scuttle Gerrity’s plans for 2,000 new housing units, she and many other petitioners are not opposed to housing initiatives.

“Our group is not anti-development, it’s not anti-housing … but I think we feel the city needs to not give the developers anything they want,” she said. “I think everybody recognizes that Aspen Grove needs to be redeveloped.”

High-density housing proposals are becoming more and more common in cities like Littleton and across the metro area as local governments look to ramp up housing stock that they say is needed amid Colorado’s rising home prices and lack of affordable housing.

Knufinke said she understands the supply and demand that is driving such mixed-use developments like what is proposed for Aspen Grove, but it does not do enough to make a dent in affordable housing.

“I recognize that we need affordable housing in the city, but we need to take some concrete steps to get there,” Knufinke said, adding that Gerrity’s proposal does not mention any explicit inclusion of below-market-rate housing, which was another sticking point for Melin when he voted down the plans.

With Knufinke’s hopes of a special election, the city could incur a cost of around $65,000, according to City Clerk Colleen Norton. Coordinating with the county on Nov. 8 would have been a money-saver for the city, with a cost projected to be around $20,000 to $25,000.

“Forty thousand dollars as a difference, I have more ideas for where to spend that money,” said Mayor Pro Tem Gretchen Rydin during that meeting. “To be fiscally responsible is important here to consider.”

But Knufinke said she is undeterred by a higher cost burden for the city.

“It’s the cost of their own decisions that they’ve made,” she said.

McDonald's gives back to the Ronald McDonald House 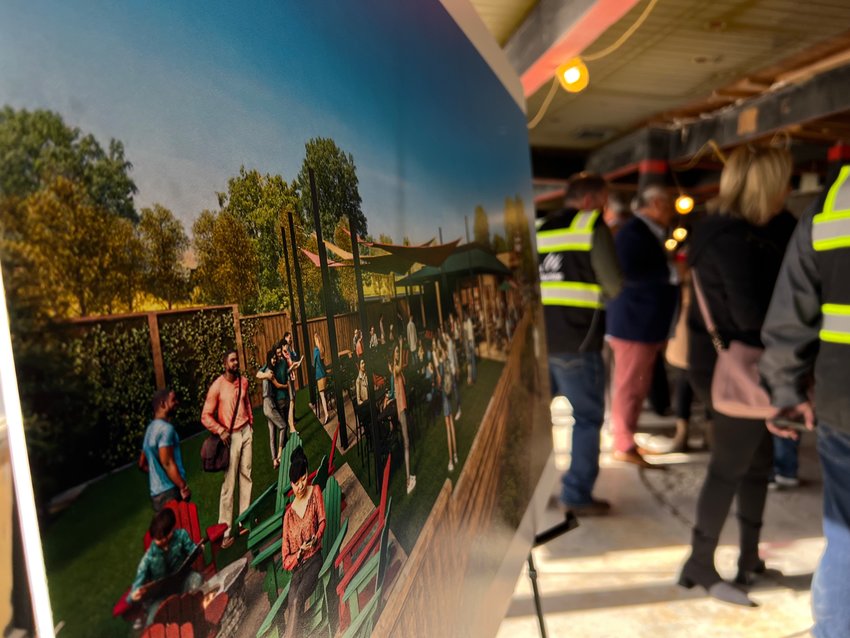 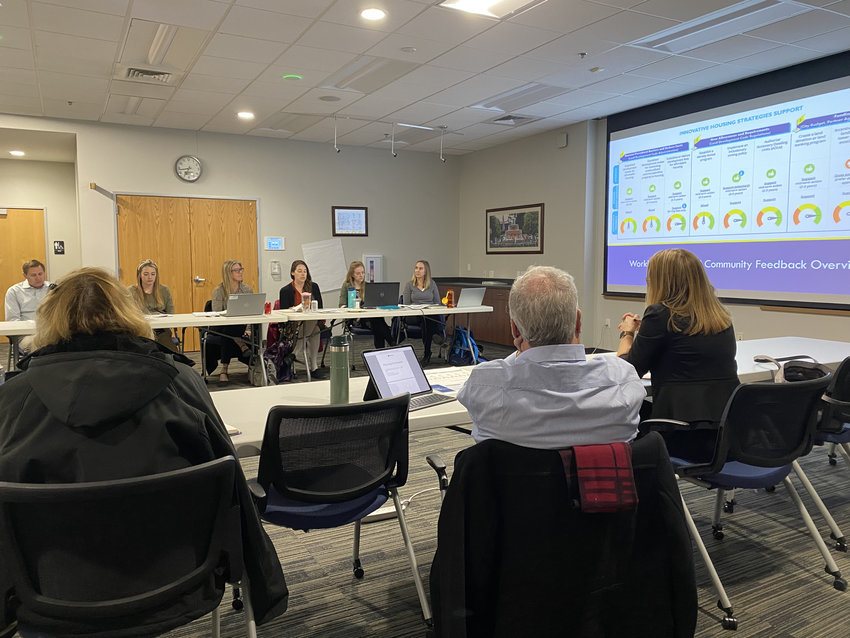